A few weeks ago I read a post "A Wheelie Good Summer"  by a fellow blogger-Mrs Hippy Geek and felt a sudden surge of hope. For the first time since I got sick 2008 there seemed to be a mobility aid out there that would allow me to accompany my husband when he took the dogs out on Woodbury common.

I had to give up walking the dogs due to collapsing twice whilst out walking in areas at the time that had dodgy mobile (cell) phone signal coverage. It was very scary for me and even more so for my husband who had very limited knowledge of the common. Even if I had been able to call him for help, he would have been clueless to my exact location. Had I needed an ambulance due to my injuries, the air ambulance would have probably needed to have been scrambled.  The walks were also causing me to have excessive amounts of pain and fatigue. With great sadness we decided that this was no longer safe for me to do. Dog walking should never become an extreme sport.

The problem with wheelchairs (standard ones at least) is they don’t cope well with anything other than a smooth, hard, flat surface. You can’t wheel yourself on a beach, cobblestones are a complete nightmare and if you happen to find yourself in an area where there are no drop down kerbs you can’t even cross the road. In built up areas people helpfully park their vehicles on pavements or obstruct the lowered kerbs completely. So despite the fact we have the wonderful invention of the wheelchair it still can be very difficult to get about.

If you add in the fact that I need to be pushed (due to the fact propelling myself would result in dislocated or subluxed shoulders, torn muscles and ligaments) and trying to control three dogs (leads optional) you can see why accompanying my husband whilst he walks the dogs is completely impractical. An electric wheelchair or mobility scooter is equally impractical for where I want to go, neither would cope well with the sometimes rough / uneven terrain of Woodbury Common.

Excited and enthused by Mrs Hippy Geek’s blog post I quickly googled the Power Trike. Within a few minutes it became obvious to me that such an item was out of my financial reach at just under £2,500 excluding VAT. I also realised that my current cheap and cheerful wheelchair would not be up to the task of having the power trike attachment. Naively I thought sports style wheelchairs wouldn’t be that expensive. I did a quick Google search only to find they retailed at the same price as the power trike. This meant I would need funds of around £5,000 to achieve my dream of being able to experience Woodbury Common again as anything  other than a passenger in the car. 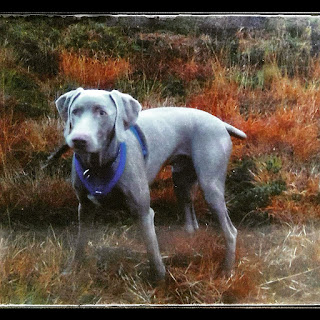 A friend suggested to me that I start a go fund me page, this made me feel very uncomfortable. I have seen people's reactions to others on social media, when they have set up these type of fundraising activities for what they perceive as personal gain. Apparently those who are chronically sick can raise money for others but to raise it for themselves is unforgivable. So for a couple of  weeks I have struggled with the idea of asking others to help me fulfil this dream. I will be honest if someone said to me you can have one thing back from your old life, walking the dogs would have been uttered before they had finished the sentence. I knew in my heart that it would take my husband and I years to raise £5,000. We aren’t poor as church mice but we certainly don’t have 5k lying around.

I talked it over with my family, I didn’t want them to be embarrassed by me starting a go fund me page, they may have had the same reservations as I did. They were supportive and said why not? This did make me feel better. However I still wasn’t entirely convinced after all we didn’t know anyone who had started this kind of fundraising campaign. I chatted it over with one of my oldest friends, who told me straight away “you have to do this!” and by sheer coincidence she saw someone using a power trike a few days later and said it was totally amazing (and this person was walking their dog). My friend used the phrases “you so deserve this, you need this” and whilst it was nice to hear someone say it, I still couldn’t believe it. So I did what I always do in this kind of situation and buried my head in the sand. If I ignored the longing for the power trike long enough it might go away.

Bless her heart Mrs Hippy Geek contacted me to tell me someone was selling a power trike on Twitter second-hand. I was really touched that she would think of me. Financially though we couldn’t afford one even second-hand at the moment as we have a couple of structural jobs on the house that need to be done asap and they are going to wipe out the savings we did have. This reignited my desire, it meant even if I raised just half of the £5,000 there was a possibility I would be able to kit myself out and get on with my bucket list dream of being up on the common with my dogs.

Again the fear of being judged by others for asking for money got the better of me. I couldn’t bring myself to set the page up. My oldest school friend again told me to just do it and said “F*ck what other people think” (can you see why we are friends?) She also told me she would personally seek out and destroy anyone who was negative about it. She was exactly the same at school, she can be quite scary when she is on a mission! My worry that was I would get trolled by people for asking for help. I hate asking people for help, I could fall down the stairs and break my leg and would hesitate to ring anyone for fear of being an inconvenience. So the thought of  setting up a Go Fund Me campaign was really causing me anxiety.


I had only discussed the Power Trike and new wheelchair with hubby, my family and my oldest friend. I was too embarrassed to discuss it with anyone else because I would have to admit we needed their help in achieving this. I put it to the back of my mind, it was a pipe dream.

Yesterday I had a friend come over for cuppa and a catch up, as she needed to use my computer to arrange her lift home, I showed her the video of the Power Trike in use. Like me she thought it was amazing and knew that it would mean I would have a sense of independence again. I told her about the idea of setting up a Go Fund Me page and raising money to be able to purchase it. She thought it was an amazing idea and wanted to help immediately. I explained my fears to her of asking for help and being judged by others and again she told me not to care. I don’t usually give a flying f*ck what people think of me but I was struggling with this one. After she left however I took the bull by the horns and set the Go Fund Me page up.

It took me a while to work out the wording, I was very concerned that it shouldn’t look like I was begging people to donate and that it should be honest as to why I needed this piece of kit. I have written this blog post for two reasons, firstly to explain to those who are so very quick to judge with very little knowledge of me, why I was doing it and obviously to promote my campaign. I have set myself a target of a year to achieve this goal, obviously if I get there sooner it would be fabulous but I know it is a lot of money to raise.

We are hoping over the next 12 months to set up a couple of fundraising activities to help us reach our target. I will be putting a regular amount towards it each month myself along with any birthday and Christmas money I receive over the next year. So I won’t be expecting others to fund this completely. If we exceed the target I will be donating the excess to UK Charities for EDS, EDS linked illnesses and PoTs / Dysautonomia.

I have launched my go fund me page - Help me walk the dogs again relatively quietly up until now as I don’t want to ram it down people’s throats and I also don’t want people feeling pressured into donating. If you want to donate that’s great and if you don’t that is fine too.


I finally have my appointment through for my CSF leak, I am seeing the neurologist on 22nd June. It feels like a lifetime away. 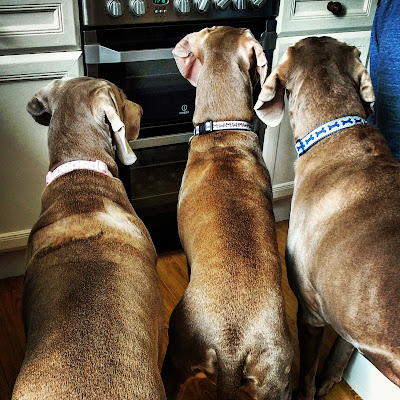